Recently I was informed of a male photographer who was sexually harassing a young 14 year old model. I didn’t want to believe it because it was too disgusting to imagine, but I had to see for myself. The young girl sent me the screenshots and I was… horrified to say the very least. He was still messaging her on Snapchat, asking for her number, “complimenting” her on her body, and I couldn’t take it. I had her send him a number from a texting app I had downloaded on my phone to get the mother of all screenshots (and so she wouldn’t have to talk to him anymore).

Let me tell you something…

I felt.. fucking ill talking to this guy. I was thoroughly creeped out and I’m TWICE this girl’s age (yeah I know, my melanin won’t let me age lol). I had to pretend to be a clueless, vulnerable little 14 year old girl… and he ate it up. Now that I have the screenshots, it’s been shared over social media, sent to that girl’s family, and the police.

If you are a young model, or ANY model, and a photographer tells you to “keep this between us”… start screenshooting. He’s about to say something disgusting or he already has. If he starts being a creep, SCREENSHOOT IT. If he’s sending pics of his junk, SCREENSHOOT IT.

IT IS NOT YOUR RESPONSIBILITY TO KEEP HIS DIRTY SECRET.

IT IS YOUR RESPONSIBILITY TO KEEP THE INDUSTRY SAFE.

What he sent to her (via SNAPCHAT; and the girl had the sense to use another device to take the photos):

What he texted me (when he THOUGHT I was her):

So there you have it. Kwon Summerfield… photographer and predator. Nice. 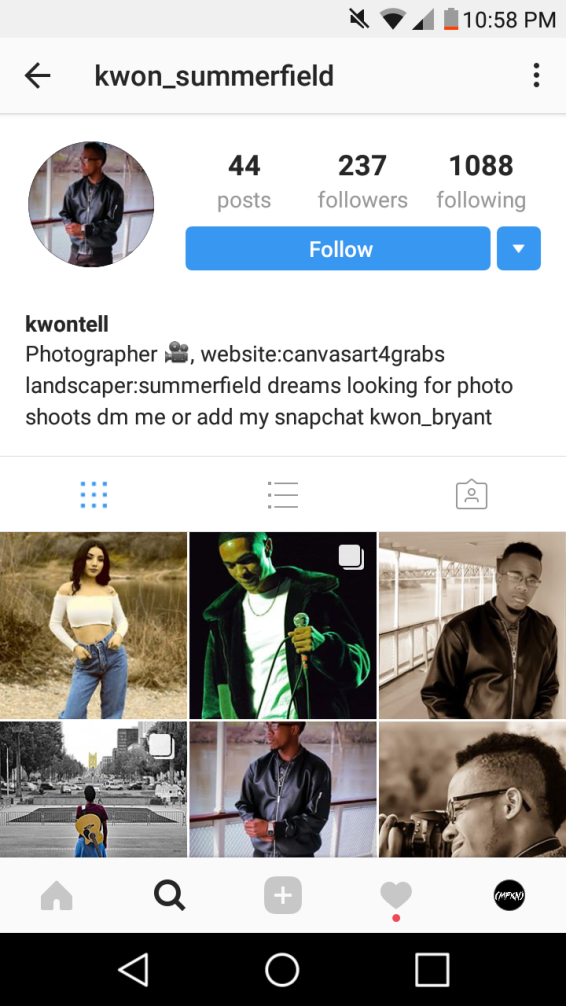